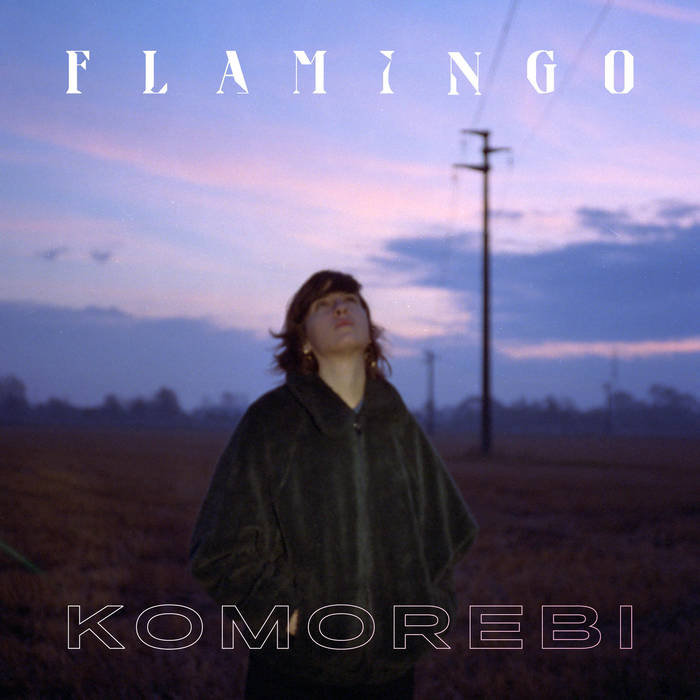 Imagine to find yourself on the other side of the world, in Tokyo, at barely 25 years of age, working in one of the biggest cities on the planet, in a country at the polar opposite of the western culture. Imagine to spend a good three years there while slowly starting to understand its mental and physical mechanisms, constantly attracted by them and at the same time pulled away from the weight of the distance. Imagine how this would make you grow up and change... then imagine to go back where you came from. It's not easy to make sense of all you've seen and lived. It takes time, and a way.  Lavinia Siardi found her way with an album, Komorebi, released under the moniker Flamingo. An album that talks about an experience of experiences, Komorebi gives its name to a Japanese word that can only be translated with the periphrasis: "light that filters through the tree's leaves". Ten tracks that encapsulate three years in Lavinia's life, from the smallest fragments (Rose), to the concept of isolation and alienation (Tokyo), while dealing with being a woman in a very competitive environment (Sinking In My Blood) and struggling with other people's expectations (Mother) or the absurdity of the dehumanization of immigrants (Corrupt) in a context where the alien is you, and not the other. Komorebi is an album in which Tokyo's skyscraper are constantly in the background, while the front of the story is that intricate, irreversible passage to adulthood, painted by Flamingo as bluntly as possible. Though this album still navigates in the dream-pop world (as in Lavinia's debut EP from 2016), the sound is now more aggressive, distorted, almost shoegaze and at times screamed, as if Lavinia threw every loud thought from her mind into the music. Part of the credit goes as well to Giacomo Carlone who recorded, produced, and mixed the album, on top of being Flamingo's drummer.